In our frequent travels back and forth between Ohio and California, I’ve run across many new faces. Sometimes we wind up conversing, other times not so much. In the conversations that do start up, it’s pretty much guaranteed that our story will come out. “Where are you all headed?” “Oh, you have family out there?” And so I begin to explain. “Rare, fatal disease. Travel for experimental treatment. Yes, its genetic. Oldest son just died from it.” (You know, it goes something like that, but with a touch of “Bekah” as my husband refers to it.) I can usually see the struggle and quarrel in their minds as they search for what to say next. Those questions are supposed to lead to small talk and I just hijacked the conversation and laid it all bare. As people process what to say, I hear a variety of responses. And I have been so blessed in these conversations, even though the other person often feels inadequate in the words they respond with. Honestly, I’ve been through it and I don’t even have adequate words most of the time.

But one such response that I hear often is, “I just don’t understand why”. And I’ve wrestled with that. Because, well, I know the answer. But it’s a monstrosity to tackle and it’s messy. And there isn’t this easy way out. But really, maybe we’ve got the why question in the wrong context all together. So… I guess I’m going there this time. And, by the way, I’m not going to pretend I’ve got this all figured out or that I have the depth of theological training to declare myself an expert in this field. So I’m praying God will be speaking through my words as I share vulnerably what I’m learning deep in my soul as I journey through brokenness.

So, a long time ago- okay, in the beginning of this world, God created Adam and Eve. He gave them so many incredible gifts, one of them being free will. God loved them deeply and created them in His image. He wanted them, in turn, to love him deeply and he knew the only way that relationship could be returned authentically would be if Adam and Eve chose to love him back. (Who wants to have to force people to love them in return?) So, he did what any good and loving parent would do and he established boundaries that held Adam and Eve safe in his love. Well, Satan, who had once been in the presence of God, turned against him and infiltrated the beautiful garden where Adam and Eve lived. He used deception to lead them to believe they could be better, do better, achieve better than God was allowing them to be. All they needed to do was eat some fruit from the tree of good and evil and their eyes would be opened. And so they ate. And their eyes were opened and their hearts were shattered. For God had protected them from the evil Satan wished to penetrate into them and what they had been protected from now ruled in their hearts and minds. They felt things they’d never felt before… Shame, brokenness, incompleteness, fear. And so, yes, they could see good and evil like God could, but they lacked one distinct disadvantage… They weren’t God. And so began this complicated world where good and evil battle and brokenness and sickness and pain and sorrow run rampage. And death… Yes, death happens. This world wasn’t supposed to have death. It was created for life! For joy! For pleasure, adventure, for community, for good! Not death.

And how can I just settle with that? Be okay with that? And move on? And, not to mention, still love that God? The one who allowed this? When sin entered, death followed in and became certain. It touched my Titus. It touches everyone.

But wait… It actually did touch him. And in the most broken of ways. The very thing Satan eagerly planted in our hearts intending for it to grow strangling vines around us to suffocate, to cause our eyes to lose sight of joy and become lifeless grey- moving through the motions without really living, to feel pain and hit after hit from the circumstances around us; this very thing- brokenness- that Satan meant for eternal harm to our souls is the very thing God uses to reach us deep inside and pull us out.

Our God is so good. He didn’t bring this brokenness into the world, but instead of turning away, he became broken to be in our broken to help us find our way back to him even as we are broken. What the devil intended for suffering, God used for healing. He used the cracks in our hearts to breath life into places that would otherwise be barricaded and unreachable to give us the fullest of healing.

And, yes, that one person I’m talking about who was untouchably touched by death is Jesus. The one whom death conquered. Who was broken apart. Whose very life was suffocated out of him. Did he have to go there? No… But, remember, God is love. God loves you. And if you lost your child in a terrible storm, you’d go right through that storm to get them back to safety. And so, God sent Jesus, his son, to earth to rescue us in the middle of our storms of brokenness. And when he came here he brought life and hope and joy and promise and redemption. And then he showed us the great lengths he would go to save us… Yes, to even die. And then, 3 days later, he showed us the even greater lengths he would go to save us. Yes, even conquer death which is brokenness in its very final and depleted state. Even there, he would rescue us. Brokenness, because of his grace, was made into the most powerful tool for heart transformation and for good. Brokenness flooded Jesus’s soul because he wanted us. He loves us. And he was willing to go there for me, for you, for my sweet Titus.

This is why. This is why sickness and death happened to my son. But this is also why I’m not afraid to go there… To broken places and to live broken.

Just some of the blessings in the broken

When we hurt, the deepest need we have is for someone to be there for us. When Titus took his last breath here and in turn got to run to the arms of Jesus, we were left on this side ripped to shreds. We called our friends, Steve and Cathi, to come be with our family. Steve and Cathi ran into our brokenness. They held us and sobbed with us. They recognized the pain and let their hearts break too. They weren’t afraid to be cut by the razors that had just mutilated our hearts and they willingly stood with us and felt it all. This was love. This was the spirit of our God with us – feeling our brokenness. And in that moment, we had good brokenness. The kind that gave abundance. Gave joy. A deep, love filled brokenness. Look at Jesus’s scars.  Reflect on the cross that was carried and died on for you. And the scars on his body remained even after death was conquered and he was raised back to life. Why? Because he wanted you to know there is a great gift in brokenness and that is him and his deep abiding love for you. For you.  That is really the why… Why I will run full on into my broken where I know I will indeed break free. 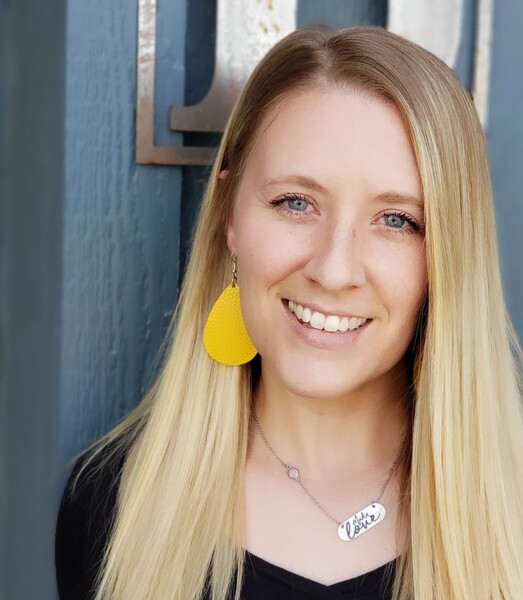 Woke up this morning in a funk. Couldn't put my fi

A few weeks ago, I found myself on an impromptu ru

You guys! We are 30 minutes out from finishing up

We know Fall has officially arrived by calendar da