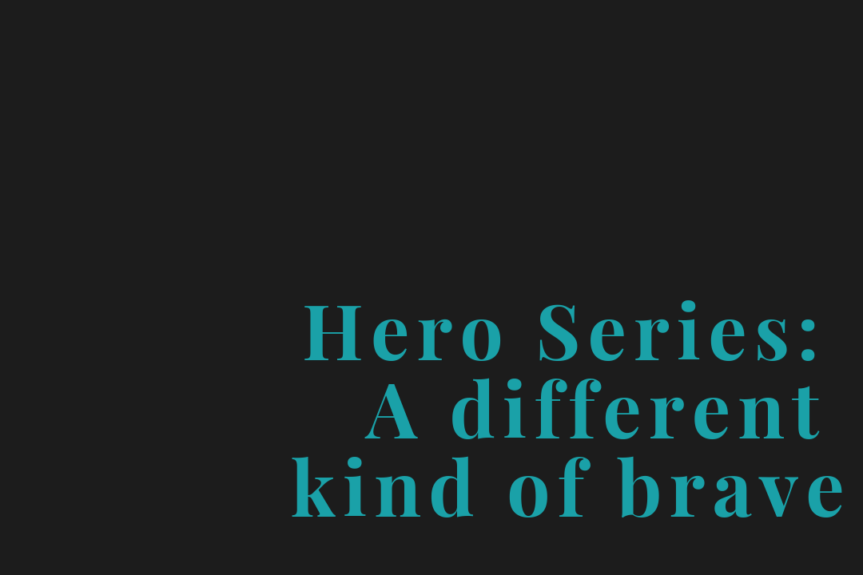 It was just a couple weeks after our diagnosis. Titus had his first physical therapy appointment. The therapy and rehab department was in the basement of the hospital. It was our first time down there and, after stepping off the elevator, very quickly everything began to look the exact same. Titus and I shuffled our way through the stark white hallways trying to follow the vague signage pointing us in the right direction. He was struggling to walk at this point and could only take a few steps before he would collapse. As I switched between carrying him and letting him try to take some steps while I held his body up to balance, we wandered a bit lost.

And that lost wandering wasn’t just in the basement of the hospital. It’s exactly how I’d felt about the dark life pit we’d just fallen into. It was exhausting and scary. My strong, fierce son had declined so quickly and severely. We hardly had time to absorb the news that he had a degenerative, fatal condition before this disease started stripping away so much from him. Just weeks before he was running strong. Yet, in the moment there in the basement of the hospital, he couldn’t take a step without fully depending on me for balance.

We finally found our way to the lobby of the therapy department. I checked in, completed the first time paperwork, and sat waiting to meet Titus’s physical therapist. Tears were always close to the surface. Not just because of the doom of the diagnosis, but because we were launched into a battle we had not been prepared to fight. We needed medical equipment yesterday and I was drowning in the light-speed changes my son’s care demanded.

One never really knows when any single moment can be life changing. I wasn’t expecting that particular moment to be special. I was dying inside. Grieving. All I could do was put my brave face on in that moment and hold my son, encouraging him and fighting for him in whatever way I could. The automatic door swung open and in walked Noel. I knew she must be who we were waiting for because she smiled at us, walked over and asked, “Is this Titus? Mom?”

“Yes,” I proudly replied. I have always been and always will be so proud that I get to be his mom.

Titus wanted to play at the small kids table there in the waiting room. As I latched on to his arms to help him over, Noel squatted down next to him, looked up at me and said, “How can I help, mom?”

Tears rose to the surface. I shoved them back down. My inner voice pep-talked me back into the brave face. I blubbered around with my words, trying to explain what had just been hijacked from us. I tried to explain his diagnosis. The diagnosis that, at the time, I couldn’t even bear to Google because I had already been told the outcome. I tried to explain what we were urgently struggling with in the present (read: everything). And as I did, I noticed Noel’s eyes. They were present. And gentle. They were listening to more than my words. She collected Titus and I up in her arms and said, “Let’s head back to a room with more privacy so we can talk.”

To be honest, I don’t remember much more about that exact session. I know Noel kick-started us on getting the equipment we needed to help Titus at home. But what came out of that first connection was a most amazing teammate who jumped on our Titus-train. Each week we would go see Noel. She would work with Titus on adapting to whatever current situation his body had handed him.

“Get your phone out, mom,” she’d say. “Get a video. Take a picture!” She was so gracious to allow me to capture moments of joy in the ball pit. Wild laughs on the swing. Giggles of adventure as he swung freely and crashed into a foam wall. Those images and sounds have never, ever left me.

Noel also helped us get Titus into an adaptive bike. Titus had always been an adventurer and loved being outside. As the disease hit hard, our trips to the park dwindled down to none and his physical activity was so limited… until we got that beautiful bike. We met Noel in the front lobby of the children’s hospital the day it got delivered and she helped me adjust all the different elements of the bike to give Titus the perfect fit. We rode up and down the hallway taking pictures and chuckling at his facial expressions as he processed what was going on with giggles, smiles and inquiring eyes that could no longer see.

I depended on Noel weekly. She wasn’t just Titus’s physical therapist. She was a lifeline for me. A friend. Fast forward a few months and we had received Ely’s Batten diagnosis as well. Between the two boys, I was driving up to our children’s hospital twice a day most days of the week for various forms of therapy. It was a schedule no one could keep up with on top of the growing care Titus needed and the fact that Ely was still a toddler. I was so weary. And Noel could see it. Something needed to give, but my mama guilt wouldn’t let anything go. Fight, you’ve got to fight, my inner voice would coach me, my stance set at high alert, eyes wary, fists ready to punch back or protect. The disease wouldn’t let up, so I couldn’t either.

It wasn’t until Noel sat me down during one of Titus’s sessions that I would challenge that inner voice. “Bekah, you are an amazing mom. What you do for your boys is incredible.” I thanked her and waited. I knew where she was going.

“Have you thought about how long you can keep this schedule up?” She gently asks. I breathe out and tears start to rise. “I don’t know. I feel crazy, but I don’t want to let anything go. I can’t let anything go. Especially this! I can’t lose you.”

“Oh, mama, you aren’t going to lose me. What you lose is the crazy train, ok? What you gain is more time to spend with your boys making memories. I promise, I’m on Team Titus and I’m not going anywhere.” I’m not sure she even knows now what relief flooded over me when she spoke those words. She gave me permission to choose better for my family and promised to still journey with us, just in a different way.

It wasn’t that either of us were giving up on Titus in physical therapy. Noel was brave enough to help me see that I could choose a different kind of brave too. The intense demands this diagnosis threw at us into didn’t have to run our world. And choosing to walk away from something didn’t mean giving up. It meant choosing differently. It was powerful. At this point, Titus was no longer walking. Noel had spent time training me in each session for what I could do at home to help him. We had come to a place where there was nothing she could do that I couldn’t also do for him.

Noel has always represented strength to me. But it’s a strength that comes from wisdom and a willingness to challenge what we think we should do vs what we bravely can do. Those two aren’t always the same. Noel was my first encounter following our diagnosis, who opened my eyes to beauty that is behind painful walls. She reached inside my crazy train world and gave me the permission I needed to seize life back from Batten. She holds the torch in a long line of “Team Titus” who showed me this journey didn’t have to be a lonely one. Or an exhaustive run-myself-into-the-ground one. But rather one of beauty and memories. Giggles and fun. And yes, brave faces… but a brave that had tears streaming down the cheeks and laughter alongside as we grab a hold of life and really live.

Noel, my friend, thank you.

Thanks for listening,
Bekah 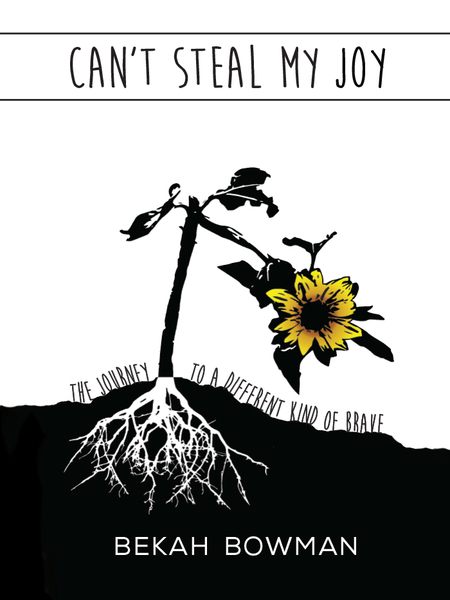 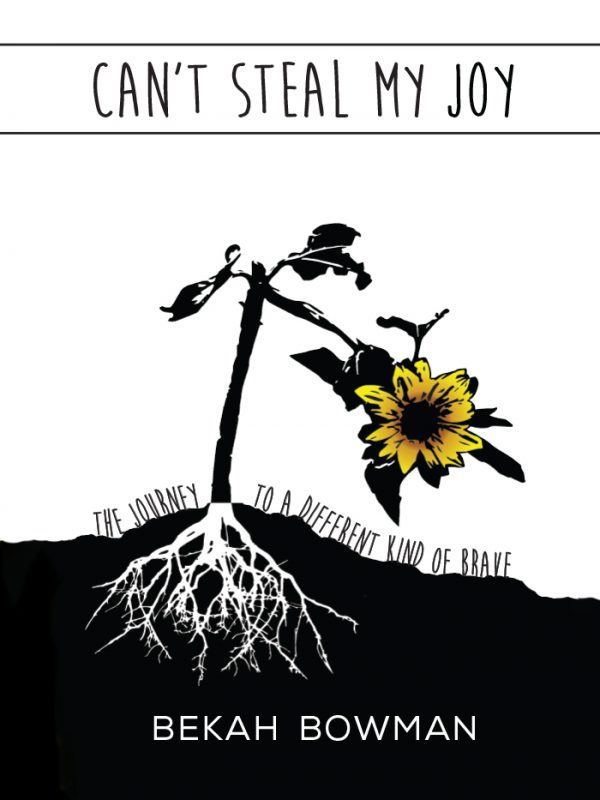 Dive deeper into the Word with Daily Grace Co! 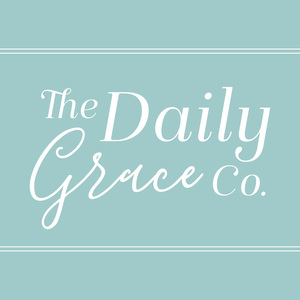 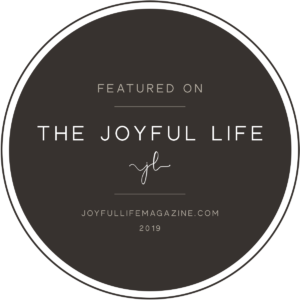